How King Jon Tries to Fix the Climate Crisis 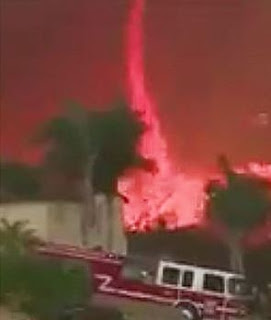 I believe we are witnessing the front end of the pain that global warming will be delivering to humanity.  Things like the fact that it's been over 90° above the arctic circle this week.  Things like fire tornadoes, or 500 people dead in a recent monsoon in India. The major media barely mentions the connection of these events to climate change (see here and here).  Conservatives don't even admit the existence of a problem.  They have been so effectively propagandized by corporate funded think tanks and corporate media that they cannot see the threat that looms and will not see any time soon.  Those of us that have extracted ourselves from right wing mind control need to take the bull by the horns and fight to make our planet habitable for the future.

I don't have the power to compel people to follow my orders.  But I've been thinking about it.  What would I do if I could?  Of course before doing anything I'd try to get the best advice I could, but here's my initial sense of the direction I'd take.

Unfortunately I see only one rational path.  Society must be organized to take on this threat in much the same way the US organized to defeat the Nazi's during WWII.  Consumption must be constrained.  Resources must be devoted producing items that are essential to human survival and also to reversing the damage, just like resources were diverted to armaments during WWII.

So if I were king and you haven't yet taken that trip to Hawaii..well..too late.  That kind of crap is done.  I have a friend that recently invited me to join him on a cruise.  I definitely like the idea, not so much because I want to be on a boat, but because I like being around people that I know.  He shared a video that was basically a tour of the boat.  Watching these people bouncing in bungee playhouses, sliding through water slides, being entertained with singing and dancing, it really struck me as odd.  Depraved in a sense.  This mountain of a structure was constructed, gets pushed around in water and must burn crazy amounts of fossil fuel, all to provide a weird distraction to people.  If it's King Jon I can tell you that these type of things are at an end.

We must focus our energy on meeting critical needs and reversing the damage we have done.  Humans need clean water, food, shelter, medical care, and clothing.  We have to maintain the infrastructure that permits these functions and also permits humans to turn the sick planet around.

If it's King Jon the food is going to be food that contributes the least to global warming.  That means an end to factory farming.  As the human diet shifts away from meat, eggs, and dairy and towards legumes, potatoes, fruits, and vegetables I believe the science shows that this generates an amazing side benefit.  The energy needed to treat chronic disease falls dramatically.  Heart disease, stroke, diabetes, cancer.  Rates of all would plummet.  This means less energy needed for health services.  The truth is there are foods that actually work better than drugs for things like cholesterol and diabetes and they have no side effects.  But they are not the focus of our profit driven health economy.  This insanity would end immediately.

The US already has tons of shelter space.  Multiple empty homes for every homeless person.  The entire building where I work would be emptied.  My job is unnecessary.  I'm in the auto industry.  I've spent the last 2.5 years of my life developing a radio for a luxury vehicle.  In King Jon's world everyone working in my building goes home and separately focuses on taking steps that reverse the pending damage.  That could mean planting a garden if the weather is suitable.  Maybe it means planting trees, teaching others to do it.  This is where I'd get the opinion of experts to figure out what individuals can do.  There will be some work activities that need to be done.  We will need electricity, some infrastructure to transport items as needed (maybe food that can't be grown in some regions efficiently).  We need doctors, dentists, surgeons.  But I do believe largely we need people to stop working.  Stay home, be with your family, meet your neighbors, work together on joint projects.  A lot of energy is expended at the workplace and traveling to and from the workplace so as to create crap people don't need.  The burning of that energy needs to stop and mental energy needs to be focused on needful activities.

We already have tons of clothing.  Mountains of discarded clothes go to donation.  So much that the donation houses can't cope with all of it.  It gets shipped around the world to make room for new, more fashionable clothing.  King Jon stops this cycle.  You already have enough, make it work, learn to sew/patch as you go forward.

How am I going to motivate people to support these efforts?  What am I going to do with people that refuse to go along?  Wouldn't everyone want to be a non-worker as opposed to say a researcher working to reverse the damage or develop renewable energy?  There is much more I could say about these matters, but in summary my belief is that humans could resolve these problems and make the planet habitable for future generations.  In fact I do believe people would be happier.  We would have to extract ourselves from right wing mind control that has us thinking profit for non-working investors should be the point of a healthy economy and meeting everyone's basic needs is impossible without sending the largest share of our earnings to sleeping billionaires.  We aren't going to get there right away, but if we don't get there soon I believe massive suffering is coming.  As Margaret Thatcher famously said, there is no alternative.  We either organize and fix it or we die.  I don't see another option.
Posted by Jon at 4:14 PM

Your ideal world sounds like a Great Leap Forward.


But if your goal is to eliminate carbon emissions while allowing people to basically live their lives, why wouldn't you just propose a carbon tax? Add a tax to fossil fuel purchases that would be paid directly into carbon capture?

A carbon tax means the rich can do what they want, the poor can't. The rich can eat meat, fly to Hawaii, take a cruise. Remember, this is King Jon. In my world the rich are going to share the pain.

Why not just go with the flow of human evolution like we have for millions of years and adapt to the new environment? That is the obvious pattern since the dawn of creation. The cost to adapt is much much lower than changing the temperature of the entire planet.

Who is to say that we live in the ideal perfect temperature right now? The temperature of the plant has only been stable for about the past 9000 years anyway. Our inventions and creativity are amazing as human beings. Who knows what the future holds.

I have some hope that we will save ourselves with a technological advancement, but if I'm the king I do not count on it. I would try to fix it. I honestly believe it would make the world a better place in terms of happiness, anxiety, health. Not as rich maybe, but better. I think a lot of the riches are not translating to happiness and contentment.

Going with the flow on evolution means extinction events. The environment changes and the life forms suitable to that environment die off. This creates niches for new life forms, which then flourish in the new modified environment. This could be the fate of humans, though I think a mass die off is more likely than total extinction.