I was able to visit several major museums this summer, which was a lot of fun. At the beginning of August my wife and I spent a few days in Washington D.C. It was my first time going there. At the Natural History Museum I was pleased to see the prominent role given to the Theory of Evolution. Here's a photo we took of a display in the main atrium. 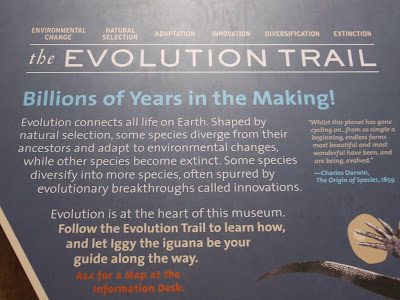 We watched a video designed for kids which showed what our own ancestor might have looked like 65 million years ago and how it might have survived the mass extinction event. Likewise many of the displays made clear the evolutionary connections of life, such as in the photo below: 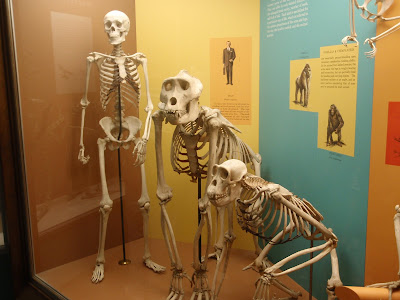 Just yesterday my family and I returned from the Chicago, where we had visited the Field Museum, among other places. Once again the Theory of Evolution was central to the presentation. Check out this photo: 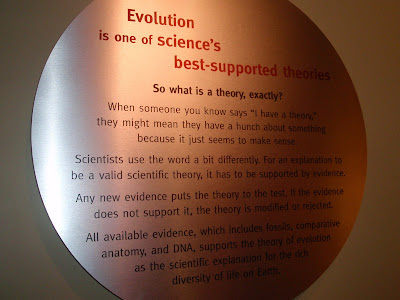 It doesn't get much more clear than that. Check out some of the displays, some of which include my 9 year old boy, Ben. 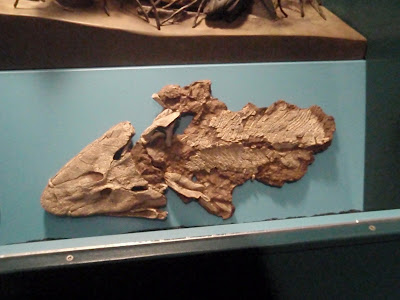 Of course the above is Tiktaalik, which has a display of it's own, which includes a "fleshed out" version. 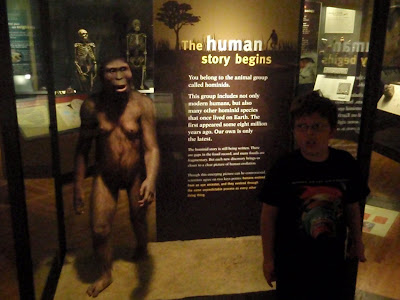 The above is "Lucy". They also have a mold of the bones that were found. 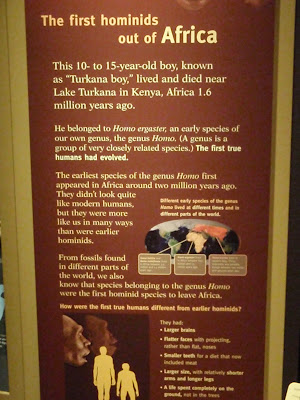 Next to this display is a full cast model of Turkana boy. 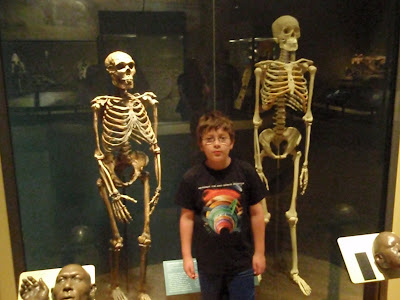 The above is Neanderthal next to a modern human.

I can understand the consternation that this causes amongst the faithful. In fact I was raised with parents that felt that consternation, and I felt it with them. But this didn't stop my parents from allowing us to view this sort of thing. They'd just kind of deride it. We still have a running joke in my family whenever we hear on TV a claim about billions of years. We repeat what my Dad had said so many times. "Oh yeah right, biilllions" in a sarcastic manner. It's all the more funny because my parents have moved on to old earth creationism.

As I recall in school I don't remember learning too much about evolution. I was very sensitive to it in 9th grade biology, ready to pounce on the poor teacher if he said anything. Basically he tried to avoid it. It's a very conservative area and he understood the pressures that would be applied if he tried to teach things properly. It's good to see that they aren't afraid of offending anybody at these museums.
Posted by Jon at 9:14 PM

Isn't it great to have your tax dollars used against your enemies.