What You Don't Know About Iran

Lots of saber rattling regarding Iran lately. This is on the heels of an IAEA report which suggested there's risk Iran still has a nuclear weapons program. There's a great interview on Democracy Now with Pulitzer prize winning journalist Seymour Hersch here explaining how these claims are all just not remotely believable. But I saw an interesting list of claims regarding Iran that may surprise you (via reddit).

Evolution is taught in Iran. Iran has the fastest scientific growth of any country. They have an excellent progressive program dealing with drug addicts, including a needle exchange program. They have free access to contraceptives (the only condom factory in the region), free and mandatory pre-marital counseling with family planning, government assistance for gender re-assignment surgery, and a model sustainable population growth program. Literacy gains since the Islamic revolution are excellent. Iran is the 12th largest automotive producer in the world and they've built 3 million that run on natural gas, which is more than the US, to go along with other green energy programs. Substantial public housing, AIDS prevention programs, and massive rural healthcare programs. Employment of women is expanding. Women make up the majority of university graduates. They are doing important scientific research, such as cloning, stem cell research, and nano technology.

Iranians do support their government. Their government has repeatedly offered peace concessions to the US, including a willingness to recognize Israel, a willingness to completely abandon a nuclear weapons program, and a desire to have a nuclear weapons free zone in the region. Iran does need nuclear power, and started their nuclear program with the encouragement and assistance of the US and others. And while the assertion that Ahmadinejad called for Israel to be wiped off the map is completely false, Iran has been repeatedly threatened with annihilation by leading government officials (the threats themselves violate international law), as well as by prominent, right wing, religious extremists. 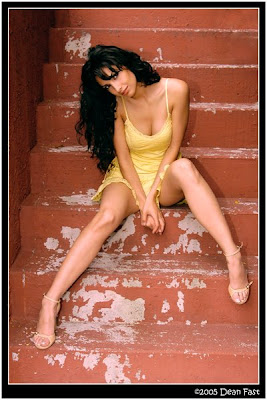 mentioned above there is literally zero evidence that Iran is developing a nuclear weapon, and yet Iran is subjected to severe sanctions, bombings, and sabotage, including multiple murders of nuclear scientists. There is much to criticize about the regime in Tehran. How about the insane idea that Ramona Amiri should be in a hijab? However in relation to the various other despots in the region, particularly those that large amounts of US military assistance, Iran looks pretty good. Why is our government so aggressive and adversarial? It would seem to make no sense.

But of course it makes perfect sense when you set aside the pretexts and understand the real motivation behind the hostility.
Posted by Jon at 9:40 PM

I absolutely agree that in no way shape or form should the US be making any war moves against Iran. Including sanctions.

I even believe that they have as much right to have a nuclear weapon as Israel, Russia, China and the U.S., and prefer none of them did.

But lets be careful here about the overly positive interpretation of Iran you offer here. Some claims may be true, others not so much. But also those post election demonstrations were real, and brutally repressed.

Nothing wrong with that government however would justify a war against Iran.

I'm not really trying to offer an interpretation, but just offer some facts that are surprising to those that accept Iranian caricatures. Sex change operations paid for by the state? That's not exactly what you think of when you think of Iran.

Not that I want to live there. Not that there aren't problems, as I've noted. There's much worse places to be in the world though, including multiple US backed dictatorships. Since we have more ability to affect their behavior why don't we focus on them instead of on Iran, which doesn't dance to the tune we demand?

Of course I know why we focus on them instead of the much worse places that we have an ability to control and I suppose you know as well.

Yes we agree. Yeah I remember something about the sex changes from a post on my blogroll, that may interest you (or not).

I don't recall precisely, but I think they permit sex change operations because homosexuality is illegal, and it is a way of forcing them into being actual women? Not sure, but have you seen the film Jihad for Love (?) about represssion of homosexuals across the Muslim world, including Iran?

Regardless, ABSOLUTELY NO WAR ON IRAN!